Audi has had the A4, one of the major premium mid-range cars, in its program since the mid-1990s. Now the current, fifth generation B9 has been on the market since the autumn of 2015. In comparison to the earlier version, this already has sharper and thus more dynamic bodywork right off the line – especially when outfitted with the S line exterior package. Now, JMS has designed a body kit for just this model – as shown here in the form of an A4 Avant 3.0 TDI.

The kit consists of a JMS Racelook front lip (349 euros) and a JMS Racelook rear skirt (329 euros), both of which have an integrated diffusor. This underscores the sporty character of the wagon to perfection. The rear end also accommodates the four tailpipes of an Eisenmann muffler (1,499 euros). Another convincing addition are the Barracuda Ultralight Project 2.0 9×20” rims. They are equipped with 245/30R20 tires and attached to the axles by means of Barracuda Racing Bolts. The wheel bolts with aluminum heads come in red, as shown here, and more colors for nine euros apiece.

Both the KW Variant 3 coilovers (starting at 1,999 euros) and DTE performance enhancement (699 euros) improve the A4’s handling. The former also lowers the body by 50 millimeters in the front and 40 millimeters in the rear, while the latter raises the power of the mighty three-liter diesel by 25 HP to 297 HP and by 60 Nm to a whopping 660 Nm. Furthermore, the Audi has a K&N high-performance air filter (108.15 euros). 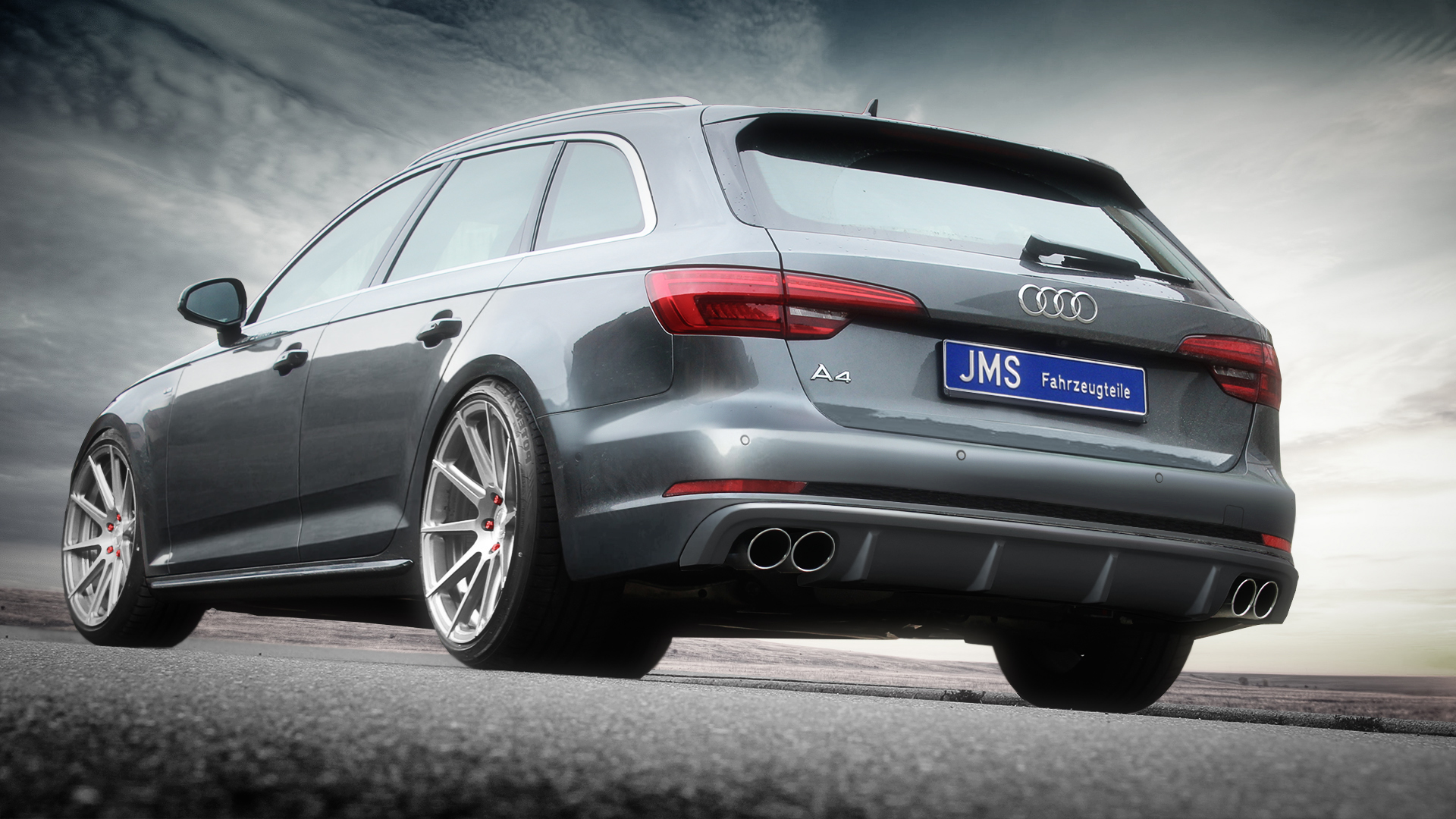